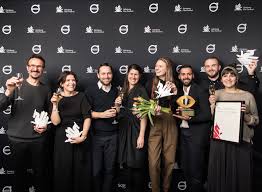 Sharing economy has been flourishing around the world in recent years. We have seen how information technology has made possible smart platforms that allow material assets to be used more efficiently by sharing resources and services. This gives more people access to resources, while at the same time reducing consumption of natural resources.

Sharing resources makes it possible, for instance, to transport goods more efficiently and to make public transport a more efficient way for people to travel. New ways of collaborating through open networks, the possibility of grassroots funding for projects, the ability to share information or even get free access to education online, are opening up new opportunities for global development to more and more people.

With this year’s theme the jury wants to highlight the opportunities that sharing ownership and information offer for sustainable development.

The Gothenburg Award for Sustainable Development goes this year to Park Won-Soon, Mayor of Seoul in South Korea, one of the world’s first sharing cities.

Under the leadership of Park Won Soon, Seoul has  taken a global lead in developing ”a sharing city”. With  his background as a human rights activist, Park Won  Soon has also integrated social issues into his work. As  a pioneer in this area, Seoul has developed various forms  of effective sharing by changing regulations, mobilising  the city’s underused resources and making information  readily accessible. The city has also raised public awareness  and supports companies and initiatives in the  sharing of information and assets. Park Won Soon has  been Mayor of Seoul since 2011 and is a prominent figure in the process of creating better opportunities for sharing  resources and information.

Park Won Soon will attend the ceremony by a video link. The Vice Mayor of Seoul will accept the award in his place.

Peter Hennicke has been called Germany’s ”bishop” within energy efficiency and has been a pioneer of the energy transition, die Energiwende. Already in 1985, Peter Hennicke wrote the book “Die Energiewende ist möglich”.

Peter Hennicke’s research and participation in governmental expert groups has greatly influenced the country’s development. He has clarified to decision makers at various levels that it requires a combination of renewable energy and energy efficiency for an energy transition to take place. Even more, Peter Hennicke has managed to pinpoint and voice the several benefits to the society that may follow from such a transition. By managing to transfer these insights to an important audience of decision-makers Peter Hennicke has inspired those who have the power to take the important steps towards sustainability.

Peter Hennicke has held posts such as head of the leading  Wuppertal Institute for Climate, Environment and Energy, has worked for the  UN  and is today a member of the  Club of Rome.

English businessman and opinion-former has, through his long and devoted involvement in solar energy, stimulated both debate and global influence for a sustainable energy development.

Jeremy Leggett is the founding director of  Solarcentury. Solarcentury was one of the first companies offering solar cells to the market and, thanks to Jeremy Leggett’s entrepreneurship and endurance, is today Great Britain’s largest, privately owned solar cell company. Among other things, the company handles installations for IKEA within their pilot project to sell solar cell packages. Solarcentury also donates part of its profit to  Solar Aid, an organization founded by Jeremy Leggett in 2006 with the purpose of providing access to solar-driven lamps in countries such as Kenya, Malawi, Tanzania, Zambia and Senegal. Solar Aid is today the world’s largest distributor of solar-driven lamps.

Jeremy Leggett is a successful businessman working tirelessly for renewable energy/solar energy. His commitment is broad, ranging from writing books, driving campaigns to having the position as chairman in Carbon Tracker (a financial think tank analysing climate risk in capital markets).

Beate Weber-Schuerholz was elected mayor of the town of Heidelberg in 1990 where she, over the course of two election periods (1990-1998), laid the foundation for the leading position within energy efficiency which Heidelberg holds today among the cities of the world. Through co-operation with local business, leadership of the local authority’s energy supply company, financing of energy efficient buildings and heavy investments within public transport, Heidelberg reduced its CO2 emissions by 30 percent over the period 1993 to 2007. Today, Heidelberg is a role model within energy efficiency, it having, for example, the world’s largest passive house areas.